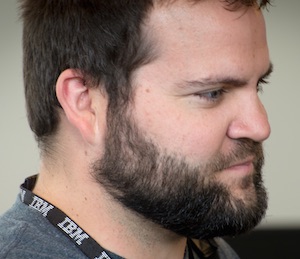 My feelings about React are mixed. On one hand, it’s an elegant framework, I like working in it. I just love how it feels. But I can only get there if I check a few things at the door. Part of my mind wants to throw React out from the start because SPAs tend to be bloated, and JavaScript is an evil king that I pray to be overthrown. But React is really freakin’ fun! Alas, the woes of software development.

When I joined Udacity in Fall 2017, I had effectively zero front-end experience. I had hacked up a UI in Google Web Toolkit (GWT) years and years ago. I had tweaked HTML before. But this really made me more dangerous than helpful.

Early on in my time at Udacity, I would find myself working on fixes or improvements to our back-end auth services, and wanting to “finish” the work by augmenting the front-end code to use the changes. This led me to tinkering with the React app dedicated to sign up and sign in. That led me to reading source code of other React apps. Then I finally took advantage of the free nanodegree perk for Udacity employees, and started studying React in earnest.

Having now completed the React nanodegree, I’m having an easier time getting through the aforementioned, bag-checking doorway. There are some good reasons to bring in more dependencies (like redux). That does make the bundle size larger, but you can make some pretty sweet SPAs in this world. Like everything in software, it’s a trade-off. And sometimes a 1 MB .js file is worth it. Although, it’s almost certainly not worth it near as often as it’s done!

Following React conventions, you get quasi-HTML snippets that read very differently than some alternatives, say an .erb. Your component has to separate the rendering, and the state changes. It cleanly gets your mind following state changes. If you have done much functional programming, it can be easy to just say “never have state!”. That’s a beginner’s mindset, anyway, and a useful one. But you need state as the user fills out a form, gets an error displayed to them, etc. The way React puts state changes in your face, and gives you clean ways of handling them, is delightful.

Code splitting and server-side rendering (SSR). I want to use React as much as I can for front-ends, while limiting how much data needs to be transferred to load the page. Experimenting with these two approaches should give me some better understanding of how hard that is to pull off.